In 2012 I launched a Kickstarter Campaign in an attempt to raise enough money to finish my prototype. Ultimately it was unsuccessful, but it did get attention from a Seattle based motorcycle engine manufacturer, which offered me a motor, and ultimately a job to help launch a new brand of bikes. I accepted, sold most of my stuff and moved cross country.

Unfortunately the owner changed his mind about that endeavor and decided to close the company (the day I arrived!)  A roller coaster ride ensued, I ultimately went back into IT and setup and rented my own shop again.

I plan on launching another Kickstarter once the Power Prototype is completed to help fund the production model.

Until then, if you want to see a fully functional high performance Akira inspired motorycle please Contribute!

Check out my Kickstarter Project here. Though it has now ended 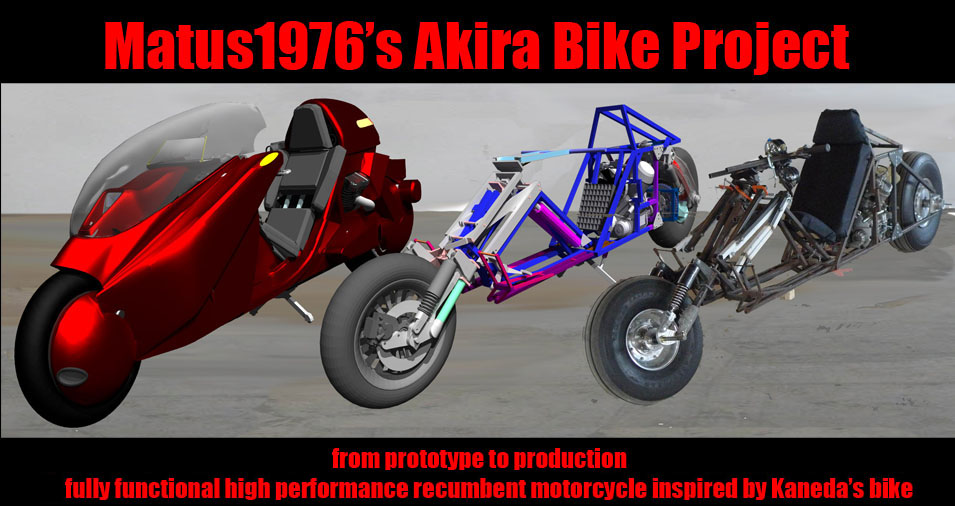